Matt Mullenweg, name giver and CEO of Automattic, the company behind WordPress and Tumblr, announced in some Twitter replies (1, 2), that Tumblr will support the ActivityPub protocol as soon as possible. This will add quantities of tumblelogs to the fediverse and therefore make them compatible with Mastodon. Great news for an post-Twitter era! 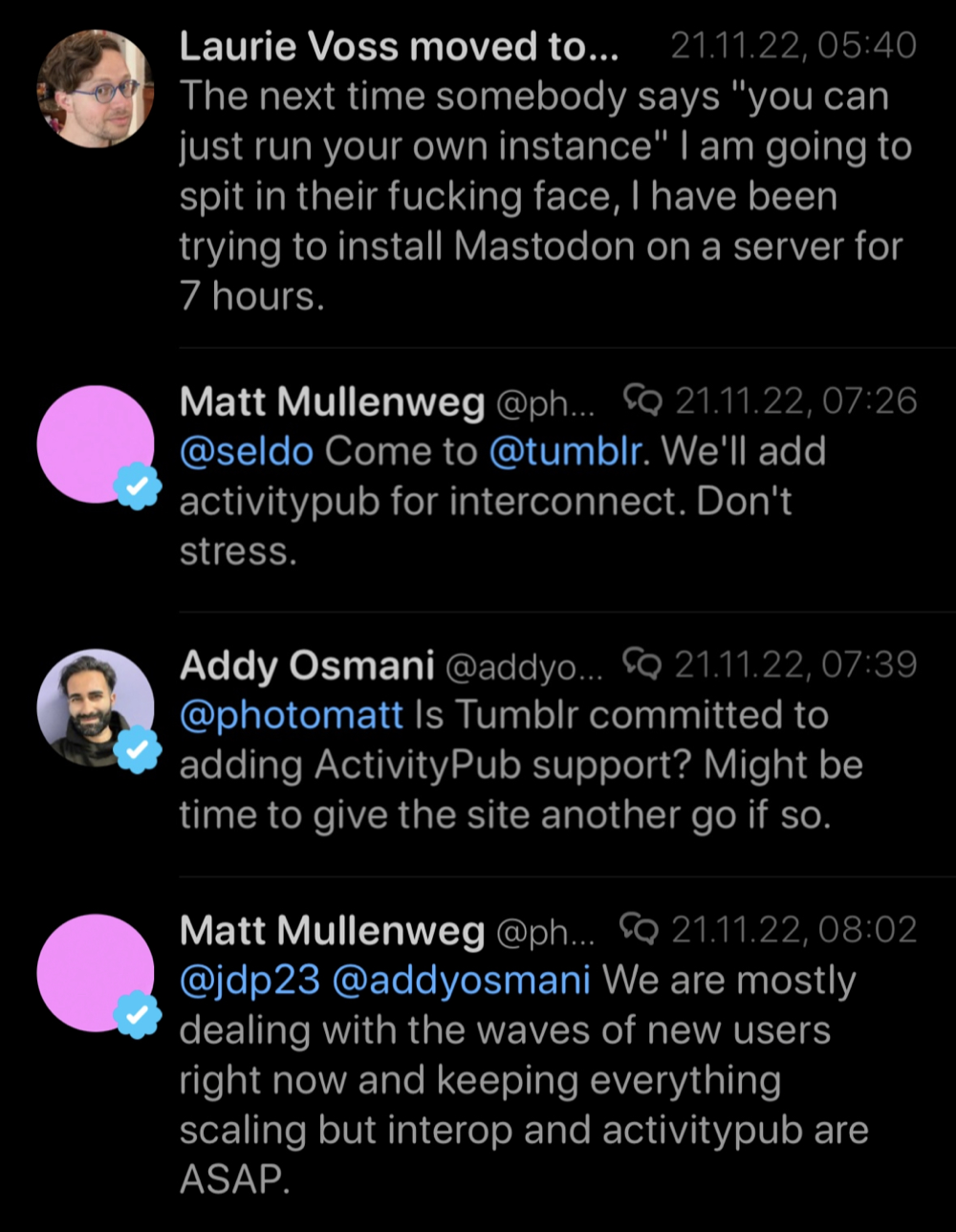 That’s super interesting, because we’re hoping for some major services to become interoperable for some time now: In 2017 we thought that this would weaken facebook.com’s dominance, but now it’s Twitter we are trying to avoid.

Tumblr will bring several million blogs and users to the fediverse, much more than Mastodon’s own usage. It remains to be seen how Tumblr will extend and promote it’s interoperability in the future, e.g. if it’s possible to follow other, non-Tumblr, but ActivityPub-compatible content from within Tumblr.