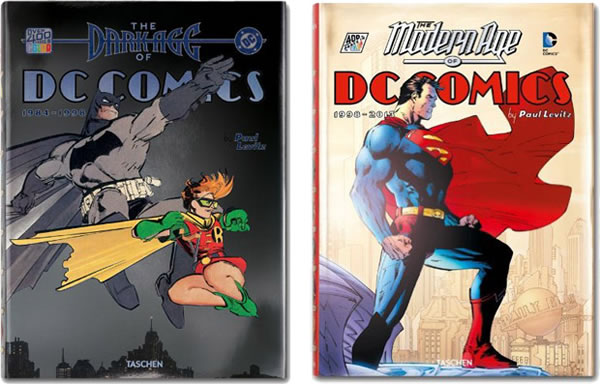 Bad news for everyone who enjoyed the »Age of DC Comics« series by TASCHEN and is desperately waiting for the last two issues, »The Dark Age of DC Comics« and »The Modern Age of DC Comics«, of the five-issue series to be released: It got cancelled, TASCHEN told me after asking about the release date for the remaining two books. The decision was made by the publisher’s management and editors and sadly affects both the english and internationals editions.

That’s a real shame because the first three issues we’re really outstanding books. Instead of covering 75 years of DC Comics it’s now concluded after only 45 years with DC’s Bronze Age. But because the whole series is a re-issue of Paul Levitz’s mammoth compilation »75 Years of DC Comics: The Art of Modern Mythmaking« the only way to get the missing 30 years, is to get the giant book, which sells for about $150 for the English edition on Amazon.com or 150€ for the German edition on Amazon.de (which I just ordered).